Coronavirus Stimulus How Does It Compare to That of 2008?

In response to the negative effects of the recent global coronavirus outbreak on the U.S. economy, the U.S. government and the Federal Reserve have implemented a number of sweeping new stimulus measures. 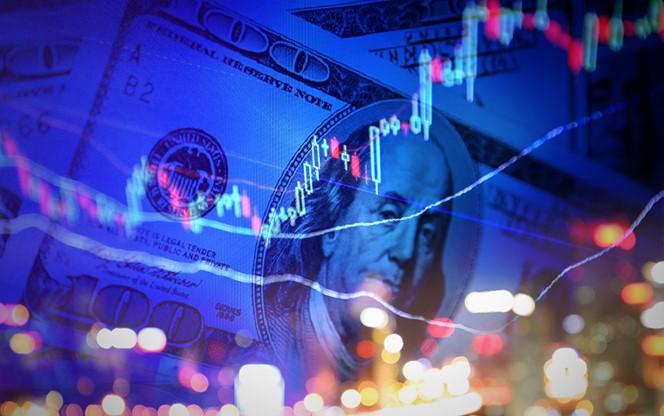 The stimulus undertaken for the current situation is different from — and much more extensive than — the response to the 2008 financial crisis.

Stimulus Measures for the Current Crisis

On March 27, Congress approved a $2.2 trillion package for economic stabilization amid the 2020 coronavirus outbreak. It allocates just over $300 billion for payouts to individuals and families. The package provides for a one-time payout of $1200 to individuals making up to $75,000 or $2,400 to couples making up to $150,000. It also adds $500 for each dependent child 16 or under.

In addition, the stimulus package allocates $250 billion to offer greater benefits for the unemployed — an extra $600 per week for four months, in addition to state benefits.

The package also includes a $500 billion lending program. Most of this money will go toward backstopping losses in lending facilities established by the Federal Reserve.

This program also will allow the government to potentially take equity stakes in distressed companies. It will also aid several aviation-related industries, including passenger and cargo airlines, as well as “businesses critical to maintaining national security.”

Small businesses, which have been hard hit already in this economic downturn, will receive $349 billion. This money is meant for payroll, rent or utilities and will ultimately change to grants that don’t need to be repaid. There is $340 billion in supplemental spending, which includes $117 billion for hospitals.

In addition, it includes $221 billion for a variety of tax benefits for businesses, including deferring payroll tax for the rest of the year. State and local governments will receive $150 billion in direct aid.

This new stimulus package comes in addition to other measures recently approved by Congress and the White House. They include $8.3 billion for extra funding for the Centers for Disease Control and Prevention (CDC) and other government agencies, coronavirus test availability and loan subsidies for small businesses.

Meanwhile, the Federal Reserve is making its own independent stimulus measures. It said on March 15 that it would drop the Fed funds rate to zero. The Fed also said it would restart quantitative easing, and that it make at least $700 billion in asset purchases.

It also would launch three new lending facilities, including two to support corporate credit markets and one to lend money to investors backed by consumer debt and credit card loans.

In addition to these moves, the Fed is also providing a lending facility to attempt to unclog the market for commercial paper. It will also help money market funds raise cash to meet redemptions.

Bailouts and Stimulus after the 2008 Financial Crisis

Bailouts and fiscal stimulus after the 2008 financial crisis had different targets and were smaller than those of today.

The 2008 financial crisis was rooted in the financial system, and the government’s bailouts and stimulus initially targeted financial firms.

Back then, the US government implemented the Troubled Asset Relief Program (TARP), which was budgeted at around $700 billion. TARP money was used for bailouts of the major banks and of automakers, which were struggling with increased fuel prices as well as 2008’s economic downturn.

Then in 2009, stimulus in the form of the American Recovery and Reinvestment Act (ARRA) was implemented, costing about $800 billion.

That money went to states and localities, safety net programs such as food stamps, funding multi-year construction and investment projects, and providing temporary tax relief to individuals and businesses.

In addition, monetary stimulus was put in place by the Federal Reserve. In 2008, the Fed cut its funds rate to zero and started its quantitative easing program. From 2008 to 2015, the Fed’s balance sheet grew from $900 billion to $4.5 trillion through QE.

The TARP program was unpopular with many observers when it was implemented, as it seemed to favor corporate bailouts over help for individuals. The new stimulus measures for the current situation do include more aid for individuals and small businesses.

However, given the predictions of how steep this downturn may be for the U.S. economy, it is also possible that this recent massive and unprecedented amount of stimulus will not be enough, and further measures will be necessary.

The size and reach of the stimulus is much bigger this time around because the economic effects of this pandemic could be so far-reaching.