From late February to late March 2020, the municipal bond market experienced unprecedented volatility, as investors sold securities across sectors amid concerns related to the coronavirus pandemic and the closure of broad segments of the U.S. economy that generate tax revenue for state and local governments. 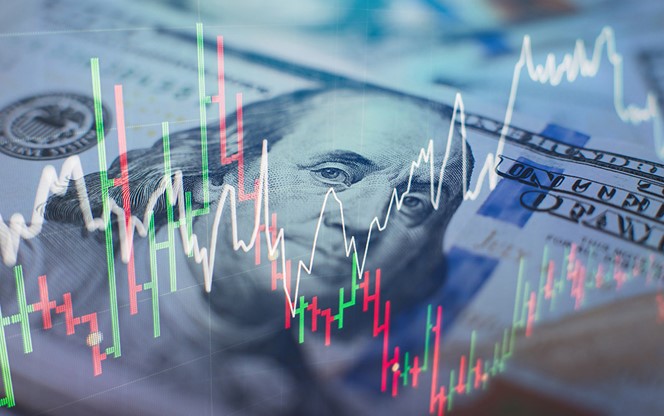 While municipal bonds, which are mostly tax-exempt, account for relatively modest portions of pension fund portfolios, disruption to the market had wide ranging implications for investors, the economy and broader markets.[i]

Although credit quality varies across issuers, the market for municipal debt has been characterized by low volatility, strong credit quality and modest yields.

The market is comprised of approximately $4 trillion in short, long-term and other categories of debt issued by state and local governments to finance short-term liquidity needs, general purposes and capital investments in infrastructure.

According to one report, state and local governments issued $452.3 billion in debt in 2019 and were projected to issue $479 billion in 2020 before the onset of the coronavirus pandemic.[ii] Since 2000, municipal bond market performance as measured by the Bloomberg Barclays Municipal Bond Index has experienced only two negative years, 2008 and 2013, when the index lost -2.47% and -2.55%, respectively.

As one barometer, the ratio of the yield on 10-year AAA rated municipal debt to the 10-year U.S. Treasury yield, which began in the fourth quarter of 2019 at 85%, skyrocketed to 300% before the government stepped in to provide support.[iv]

In a sign of constraints on access to credit, issuance of municipal bonds temporarily declined from approximately $15 billion a week in early 2020 to virtually no issuance on the week of March 16, before enactment of the CARES Act.[v][vi] During the seven-day period that ended on March 18, investors reportedly redeemed $12 billion or 2.5% of assets from municipal debt mutual funds.[vii]

State and Local Government Budgets: Hit Hard in the Pandemic

What caused all this volatility in the normally staid muni market? Worries about how the pandemic would hit state and local government budgets.

In 2019, state and local expenditures contributed over $2.3 trillion or 11% to U.S. gross domestic product.[ix]

The COVID-19 pandemic is hitting these sources of funding hard — according to an estimate from the Center for Budget and Policy Priorities, total state and local government revenue losses related to the pandemic will total $500 billion over through fiscal year-end in June 2022.[x]

Unlike the federal government, most states are required to balance their budgets, so states will face potential budget cuts in critical essential services including public safety, education and public health, in the absence of substantial federal relief.

The CARES Act, which was enacted on March 27, authorized $150 billion to help states pay hospital costs and related supplies, as well as an estimated $175 billion in other forms of relief. While the CARES act eased access to credit, the aid did not begin to fill the expected gap states would see.

These actions have boosted the municipal bond market. In addition to previously announced actions, on April 9, the Fed established a Municipal Liquidity Facility originally designed to purchase up to $500 billion in short-term notes from states, cities and counties with populations of at least 2 million and 1 million, respectively.

On April 27, the Fed expanded access to include smaller counties and cities and agreed to buy notes that mature in 36 months or less (the original limit was 2 years.)

Since the enactment of the CARES Act and the Fed’s initiatives, the municipal bond market has steadied.

Yields on 10-year Triple-AAA rated municipal debt stabilized to approximately 1.5% after rising to almost 3% in March.

Yields on short-term debt, which matures in three months, have declined to under 1%.

The ultimate impact of the coronavirus on the municipal bond market will evolve over time. In the near-term, however, monetary and fiscal policy actions have helped to stabilize the environment at a critical time for issuers, investors and the public.

While state, county and city budgets will face daunting challenges in the coming fiscal years, the municipal bond market, in aggregate, has an earned reputation for safety and stability.

Moreover, most policy makers recognize that the nation’s success in easing the public health emergency and restarting our economy rests in large part on the shoulders of state, city and county employees whose employers require resources and access to credit to the get the job done.

[i] Approximately 78% of the value of long-term municipal bonds issued in 2019 were tax-exempt.