Tax Reform: What Does It Mean for the Stock Market?

Tax reform is a main policy goal of the Republican Congressional leadership and President Trump, and it could become a legislative reality in the near future if it makes its way successfully through Congress in a format acceptable to the White House. 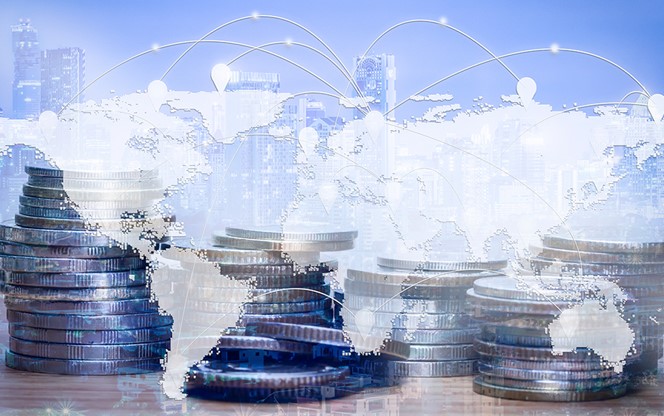 On December 2, the Senate passed a tax reform proposal that followed closely on the heels of the passage of the House of Representatives’ own proposal on November 16. Republicans hope to have the bill ready for President Trump’s signature by the end of the year or by Q1 of 2018 at the latest. Investors will be watching this legislative outcome closely, as it may have real consequences for portfolios. It is also important to recognize that a fully partisan tax law may be short lived if there is a swing in 2018 or 2020 in terms of control of the legislative branch.

The potential upside of passing tax reform for stocks is significant. Some market watchers have recently noted there could be a 10%+ gain for stocks overall with the passage of a tax reform bill. By slashing the corporate tax rate to 20% from 35%, all companies will benefit, but some will see more of a boost than others. Big companies that have held the majority of their cash overseas to avoid U.S. taxes appear likely to be offered a special one-time, low tax rate to bring that cash back to the states. These companies include big tech firms like Apple, Microsoft, Oracle and Cisco.

Banks, which pay more in taxes than many other firms, may get a substantial long-term lift from the proposed tax bill (though several big banks will be set to take an initial earnings hit from writing off the deferred tax assets it had held on their books, as well as for paying taxes on money that had been previously held overseas).

It’s not just big companies that stand to benefit from a tax cut – small cap firms could reap rewards. Their tax strategies tend not to allow for options such as international repatriation of cash and other moves that can lower their rates. For small firms, even minor changes to improve their bottom lines can have a major impact. Investors bid up small cap stocks in September 2017 in anticipation of the tax reform passage, and these stocks have run up in mid-November after the passage of the House’s bill.

What If Tax Reform Does Not Pass?

If tax reform does not pass, however, it could mean trouble for the stock market. Some are predicting a 4-6% market decline if tax reform does not pass. And the form and substance of tax reform is still largely unknown. The Federal debt is higher now than it has been historically when other tax cuts were proposed. For that reason, the current tax reform bill has revenue “offsets” to pay for the tax cut. Those include eliminating some state and local tax deductions, which may be politically difficult to get through Congress.

Some senators have voiced concern that while the bill helps companies, it could hurt some individual taxpayers, and specifically middle class taxpayers could see rates rise. Some provisions for individual tax cuts “sunset” on January 1, 2026, giving way to stiff tax increases. Lawmakers are hoping that corporate tax cuts will lead to hiring and wage growth by firms, but some CEOs are saying they are less likely to do that than increase stock dividends and share buybacks.

Any UBTI Tax Changes Are TBD

Another question for many plan sponsors is how the final tax reform plan will treat unrelated business income (UBTI) from their direct investments in real estate and private equity. Income from these assets was exempt from tax, but the House plan allows this exemption to expire for government pension plans. The Senate bill, however, leaves the exemption in place. It remains to be seen whether and how the final bill will address this topic – public plans will need to pay careful attention to any relevant language in the finalized bill.

While tax cuts may have complicated effects for the public over time, they would likely be positive for stocks in the near term. Again, investors will be watching developments carefully. Even if tax cuts are passed, investors will be considering how companies deploy their newfound cash and if/how the tax cuts actually stimulate the U.S. economy.