Bitcoin: What Are the Benefits and Risks of This Recent Investing Phenomenon?

In recent months, Bitcoin pricing has garnered a lot of press. But what is Bitcoin, and is it something that should be part of the average investor’s portfolio?

Bitcoin is a global decentralized payment system that operates without oversight from a central bank that is associated with a nation state. The technology platform it is built upon (Blockchain) allows users to transact bitcoins between one another without the need for any intermediary party. Bitcoin is the first, and most prevalent, variety of cryptocurrency in the world. Other noteworthy cryptocurrencies such as Ethereum and Ripple have not achieved the same volume of transactions that Bitcoin has.

As a digital currency, new bitcoins can be “mined” (created) by providing computer-processing power to validate or improve blocks of computer code. The new Bitcoin is effectively a reward to compensate the computer’s owner for the time utilized. The more processing power that is provided, the greater the share of the Bitcoin that is mined for the end user.

In order to be categorized as a currency, Bitcoin and other cryptocurrencies must fulfill the following criteria (established by British economist William Jevons in 1875):

Bitcoin appears to meet these criteria, though in recent months the increased speculation has primarily been driven by its function as a store of value, rather than increased usage in any of the other three factors.  This has led some people to compare Bitcoin’s price boom to that of Tulips in the 1600s.

What Are the Benefits of Bitcoin?

The primary benefit of transacting in Bitcoin is the low cost, due to the lack of an intermediary charging transaction fees. An additional benefit is the anonymity, as it is not required to disclose personal identity information in a Bitcoin transaction. However, this anonymity has often ended up being drawback of Bitcoin as it has become popular on the black market, where criminal enterprises choose to transact in Bitcoin over the Internet because of its anonymity relative to traditional hard currency.

What Are the Drawbacks of Bitcoin?

The recent popularity of Bitcoin as a potential store of value has led the Bitcoin/USD exchange rate to experience enormous gains with tremendous volatility. This was last year’s trajectory for Bitcoin:

Speculators looking to take advantage of the short-term momentum in price, rather than be long-term users of Bitcoin for everyday usage, are fueling the rise in price. In fact, many of the merchants who had previously accepted Bitcoin as a form of payment have now suspended using Bitcoin due to the pricing volatility.

To date, the lack of regulatory oversight means that acquiring bitcoins on the secondary market can ultimately be quite an opaque experience, with transaction periods to buy and sell Bitcoin taking upwards of 5 days, and many of the trading platforms (called Wallets) crashing during periods of high volatility due to high traffic.

Another drawback is the limited capacity of transactions. While other traditional transaction platforms are built to service high volumes (for example, Visa typically processes around 24,000 transactions per second), Bitcoin is structurally limited in its transaction volume to a maximum of around seven transactions per second. As a result, it will be difficult for Bitcoin to become a dominant player in the global payments market.

Finally, when Bitcoins were established in 2009, the original coding limited the number of bitcoins possible to ‘mine’ to 21 million. Now there are 16.8 million bitcoins in existence (valued at a total market capitalization of $146 billion as of February 2, 2018), with the volume of new bitcoins being mined reducing each year as the complexity of mining them increases. This limited supply puts upward pressure on the value of the currency, but without the intrinsic value that a commodity based currency has.

What About Other Cryptocurrencies?

The other cryptocurrencies that we referred to earlier, such as Ethereum, Litecoin, Ripple, and many others, exhibit similar positives and negatives as Bitcoin. As a result, their valuations have shown significant correlation with Bitcoin through 2017 as speculators have sought less crowded trades. Ultimately, over the long term, the biggest upside will be seen in the currency that becomes universally used, and currently Bitcoin is leading the pack.

Can My Portfolio Benefit From Exposure to Cryptocurrencies

Due to the drawbacks highlighted in this blog, namely the high volatility, lack of regulation, lack of transparency in trading, and limited supply, we do not think that cryptocurrencies are suitable as a direct stand-alone investment for institutional investors. We have seen some hedge fund strategies that are attempting to profit from trading in cryptocurrencies, but we have concerns that these are highly speculative, and the fees charged are extremely high (3% management fee + 30% of returns) in the cases we are aware of at this point.

There has been buzz in the press about high profile investors seeking investments in Bitcoin, but these investors are typically investing in tangible elements of the Bitcoin environment, such as the technology infrastructure that underpins cryptocurrency, rather than Bitcoin itself. The Blockchain technology (a system that creates an open source distributed ledger of all bitcoin trades that take place) is something that many fintech developers are looking to adapt for other purposes.

Blockchain could create efficiencies in many other more traditional areas of finance and trade. Institutional investors may be able to gain exposure to the benefits Blockchain technology brings by investing in growth-oriented technology companies, such as those within the Russell 2000 Growth index or private equity investments. We encourage investors to speak with your Segal Marco Advisors consultant to learn more about risks and rewards of this technology.

We're here to help. Get in touch.

The latest edition of Prism examines changes to our model pension plan funded status in Q3 2021. 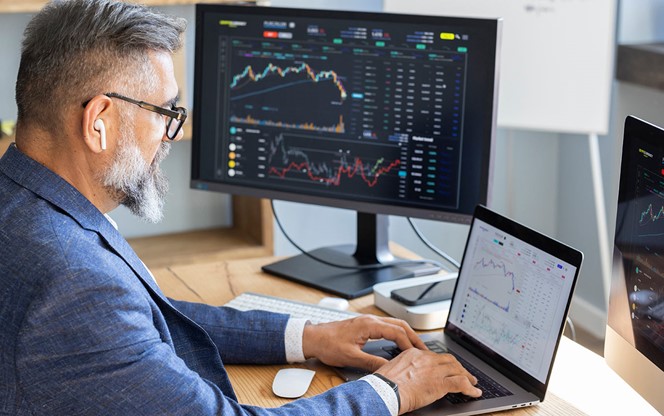 What Are Cryptocurrencies? Information for Investors

These days, many institutional investors are interested in deepening their understanding of cryptocurrencies.

Since 2000, passive investing has grown significantly in terms of total assets under management primarily due to attractive fees