What Made 2017 A Positive Year For Commodities?

Higher oil prices and the response to recent cold weather in much of the United States contributed to a strong end for commodities in 2017, and led the asset class to its second positive annual return in a row. This should cheer commodities investors who suffered steep losses in recent years.

These results may pale in comparison to the gains made by equities in 2017, but another year of positive returns after 2016 is a step in the right direction for commodities investors. For instance, the S&P GSCI was down -32.9% in 2015 and -33.1% in 2014, amid steep losses for oil prices and other commodities in those years. 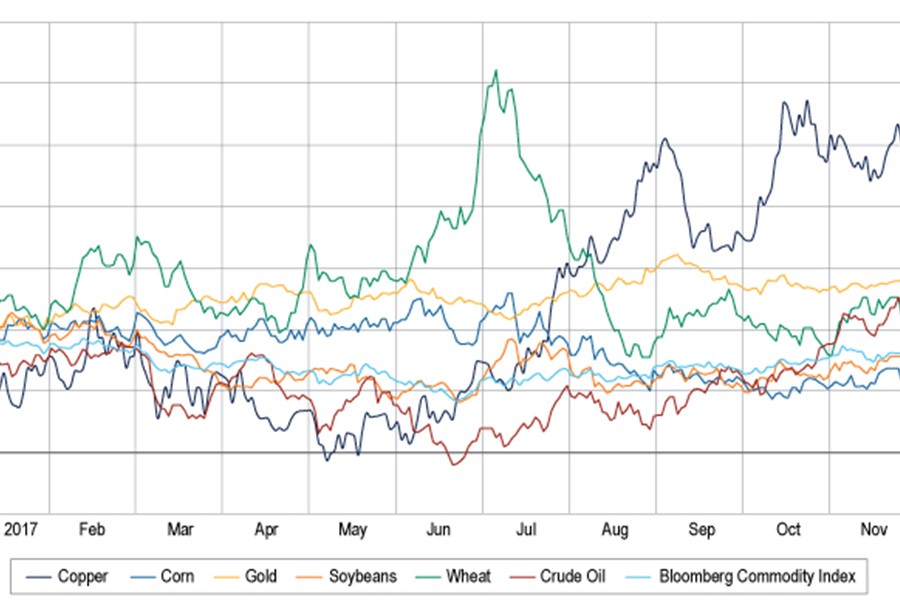 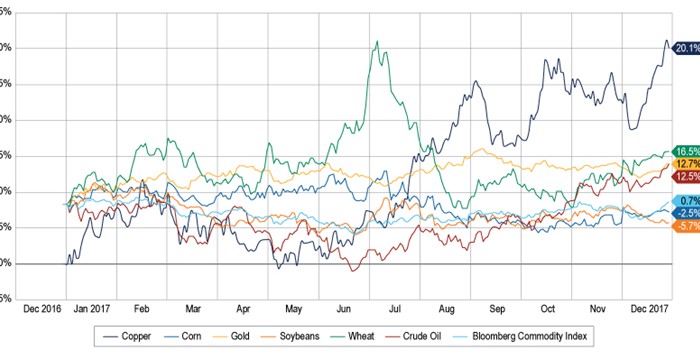 Gains for crude oil in the latter half of 2017 led commodities to positive returns. Crude surged to its highest price levels in 2.5 years late in December as investors worried about political issues in Iran and their potential to disrupt oil supply. Some investors also bet late in the year that U.S. crude prices would increase after OPEC and ten other oil producers made a deal last September to cap production.

Oil was only one part of commodities’ recent success. Natural gas prices were boosted by greater demand during the “bomb cyclone” cold snap, which chilled much of the country in the late part of 2017.

Industrial metals were another bright spot for commodities, particularly as global manufacturing output continued to strengthen in 2017. Copper prices rose after news that US factory output was higher in December (the fastest pace in three months). And greater factory output has not been confined to the United States – Europe has also seen growth in manufacturing in 2017 as the Eurozone economy has grown robustly.

Purchasing Managers’ Indices (PMIs) in both the U.S. and Europe rose steadily last year, which was a boon to copper and industrial metals. Further, copper prices also rose as China put big curbs on scrap imports, which will put a greater emphasis on a potentially shrinking supply of mined material in coming months. Even palladium, which is used to make car exhaust systems, has benefited from rising prices in 2017 with more automotive demand. Precious metals such as gold and silver made significant price gains in 2017. Gold rose 12.8% for the year, aided in part by the relatively weak U.S. dollar.

It wasn’t all good news in the commodities sector in 2017. Agricultural commodities were mostly negative for the year. Prices fell due to still-strong supply and waning global demand. Many commodities analysts also say that oil’s rally may be close to over, especially if inventories rise.

Commodities investors can always expect major ups and downs in terms of performance, but at least 2017 was another year that ended on the positive side.