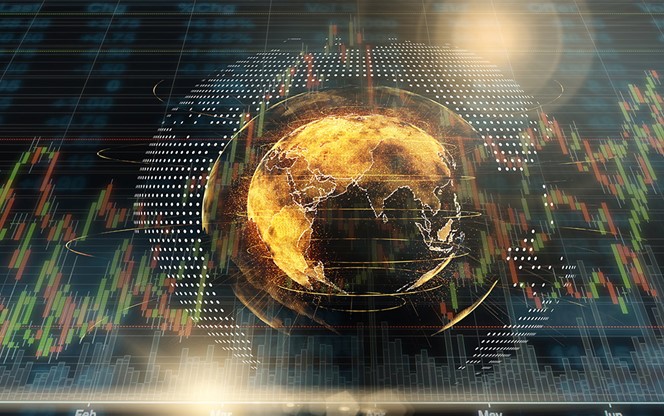 In fact, the estimated earnings decline for the index in the quarter is -3.4%. But all firms are not struggling in equal measure in 2019. Companies with a majority of sales coming from outside the U.S. are forecasting some of the biggest declines in earnings for the quarter.

The chart below shows that firms with more than 50% of sales in the U.S. are likely to have positive earnings growth and sound revenue growth in Q1 2019.

By contrast, those S&P 500 companies with more than 50% of sales coming from outside the U.S. have seen earnings growth plummet in Q1 2019, and revenue growth is barely positive.

The major reason for weaker earnings from outside of the U.S. is that the global economy is slowing. In particular, developed market growth is declining. Last week’s European Central Bank growth forecast showed Europe growing at only a projected 1.1% in 2019, down from the ECB’s forecast of 1.7% back in December.

The ECB said that geopolitical uncertainty, including growing populism in places like Italy and France, the challenges of Brexit in the U.K., could weigh on growth. 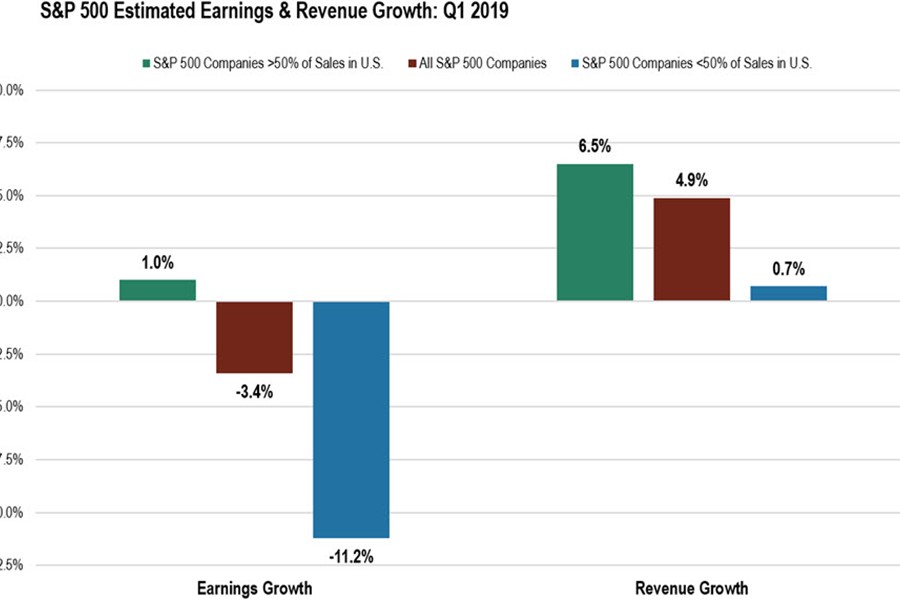 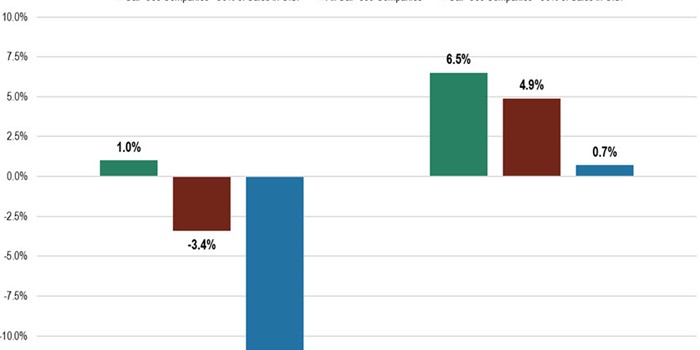 The European Central Bank, meanwhile, announced another round of stimulus to aid banks in Europe. In developed markets outside Europe, central banks are also applying the brakes as growth slows.

All of this adds pressure on developed market currencies which, along with the U.S. economy’s relative strength, has made the U.S. dollar stronger recently on a relative basis. This makes U.S. goods more expensive to buy, leading sales lower.

It’s not just developed markets that come into 2019 with a darker outlook. Growth in China slowed to its lowest rate in 28 years in 2018. With slowing growth, Chinese consumers are buying less. That means that U.S. companies that count on significant sales to Chinese consumers have slowed lately.

A slowing China is also bad news for other countries that export to China, both in the developing and emerging worlds. A slowing Chinese economy could be bad news for the Eurozone and in particular harm export-driven economies like Germany.

It could also be detrimental to emerging market growth, as emerging markets actively trade with China. As the growth picture deteriorates in both China and developed markets, U.S. companies that rely on those countries for sales are hurt as well.

Companies with some of the biggest positions in the S&P 500 index are seeing large declines in earnings forecasts for Q1. ExxonMobil, for example, which had 65.4% of sales coming from outside the U.S. as of 2017, is projecting one of the biggest earnings declines in the quarter (energy is the sector reporting the largest decrease in expected earnings for Q1).

Apple is also predicting a fall in earnings in Q1. Apple derived 62% of its sales from outside the U.S. as of this year. Because earnings drive stock prices over the long term, a prolonged decline in earnings could negatively affect the stock prices of Apple, ExxonMobil and others. That would spell trouble for large-cap index investors as well.

Investors must remember that the United States and its companies do not exist in a vacuum. A downturn for developed markets and China is spelling trouble for corporate earnings, and that could mean tougher times for stocks in the future.