In our January 2020 Outlook we concluded that the world in general looked poised for persistent growth which, while at a fairly modest level generally, would continue to support risk assets for the next 12 to 18 months. 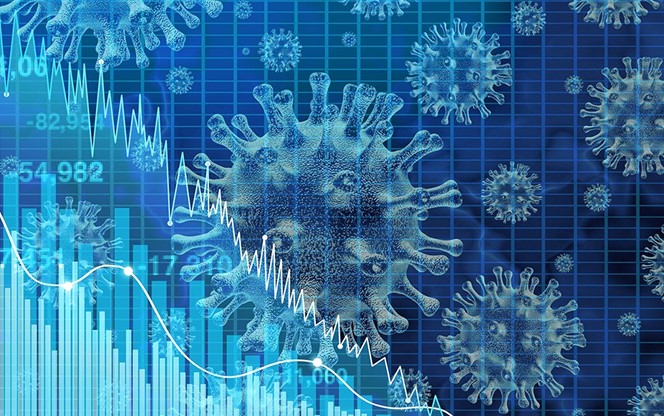 We noted, however, that there were potential risks to this result in the form of unexpected exogenous causes that one could speculate as to the sources, but not predict with any accuracy the specifics in terms of either timing or severity. But we didn’t see this one coming at all.

We don’t think anyone did. Yet here we are with U.S. equity markets down and oil prices crashing to new lows. The negative GDP is likely defining a global recession and jobs are disappearing faster than ever before.

This is the most dramatic and far-reaching negative surprise that any of us have ever experienced. The question on everyone’s mind now is of course: What comes next? We think there are three stages that are relevant to seeking an answer to that question.

While some might argue that a global pandemic could have been prevented, it wasn’t; that ship has sailed. The most we can do from this one is to learn from our mistakes in order to do the best we can to avoid the next outbreak.

It does seem that global cooperation and communication may be one of those places where process improvement is possible, yet global anything feels like another vessel having left port.

We hope that the folks at W.H.O. are, in their rare spare moments, forming task forces and such to examine what can be done in the future. Certainly some mechanism for an expanded effort to quickly develop vaccinations or other treatments would seem to be a fairly reasoned response.

This is, of course, where we are now. Webster defines this stage as “making a problem less severe.” From physical distancing (we prefer this as a descriptor, as you should seek to be very social just via non-contact forms) to washing hands/parcels/groceries, etc. to travel restrictions, this has been painful for most of us in one way or another.

However, this effect of this process has been varied, depending upon circumstances. For some it meant the almost immediate loss of jobs, often for people with little or no savings.

For others it was a reduction in assets designated for a hopefully long and self-reliant retirement. Restaurant workers were told to go home without a paycheck, while healthcare workers became overwhelmed by long, hard and dangerous hours.

There is one class of people who are adjusting to WFH (working from home), while others are deciding whether to pay the rent or the car loan. We have been told that the virus is very egalitarian in that it doesn’t care who you are or what you do for a living, yet it has inordinately struck down citizens who live in close proximity to one another, particularly central cities and people of color.

Despite these trials and tribulations, the world will persevere. Asset values will recover and businesses will come back to health, albeit at different speeds, degrees and characteristics. Jobs will return and we will buy appliances and the other stuff we want and need.

A key question is one of the many uncertainties: when will we return to “normal”? At this point, the answer to this is a very certain: no one truly knows. A related and important question that we can and should begin to wrestle with is: what will be different?

Without some form of massive and highly effective immunization this virus is likely to revisit us or resurge even after having been successfully mitigated this time around.

This fact then argues for a return to “normal” actually meaning a return to something else than the normal of January 2020. This new reality, with the degree of change being largely related to how successful we are at future prevention and mitigation, could have dramatic implications socially and economically.

With supply chains disrupted, particularly for vital goods such as pharmaceuticals, nations may seek to protect strategic industries and further the trend towards deglobalization. This could create higher prices for certain goods unless the protection is accompanied by fiscal support from governments.

The trends towards cybershopping and cyber-everything may accelerate. Telemedicine may become commonplace. Drones could routinely deliver. Virtual teaching  could become widely accepted and university campuses retooled for other purposes such as assisted living facilities.

WFH could be found to be a positive surprise for productivity, dramatically reducing the need for office space and potentially benefiting home office suppliers.

Mass transit could become less strained and when roadway traffic is curtailed it may result in fewer dollars spent on automobiles, maintenance, and gasoline, and a welcome reduction in associated carbon based pollution. Potentially infected physical currency could virtually disappear as well as branch banks.

The impacts on the travel and leisure industry have such a wide distribution of options and is so dependent upon an unknown path that it is difficult to speculate at this juncture.

Anticipated labor shortages may be delayed as the boomers stay in the workplace in order to bolster retirement savings. In general, citizens might save more and spend less in reaction to having their bank accounts decimated during a period of unemployment.

For investors there are pluses and minuses imbedded in these potential changes with betting on certain outcomes likely to create the usual winners and losers.

There is little doubt that the trillions of dollars in lost GDP worldwide will not simply vanish into thin air; but even with an associated injection of a like amount of fiscal and monetary stimulus it may take a bite out of growth rates across the globe.

How big that is and how much it hurts will depend upon how quickly and effectively we adapt to a different normal. Friedrich Nietzsche said “that which does not kill us makes us stronger,” but that is only true if we use painful experiences to learn and grow. Our next focus must be on adaptation.

Shout out: to our health care heroes, first responders and all essential workers. Thank you and be safe.