Not yet, but perhaps next year: A note to smaller companies

We do so love you all. Your ideas and your innovation. Your unbridled excitement about what you have created. You really are the spirit of what makes the world go around and through you we feel optimism for the future. 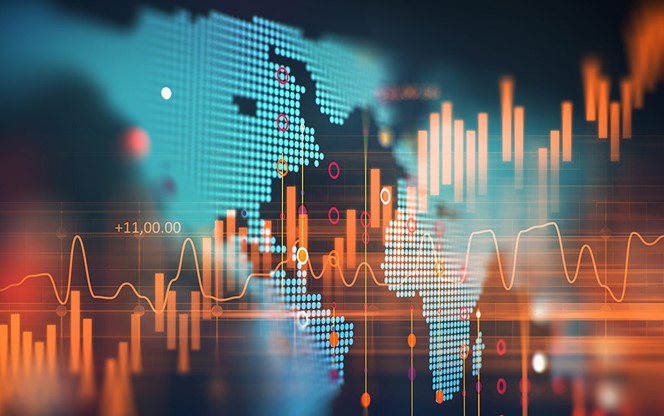 Every large company can recall those days when they too were but a glimmer in the eye of some entrepreneur anxiously hoping that the venture capital money was right and they were the next to ascend into greatness.

For many decades, with fits and starts of course, investors were rewarded for placing some of their capital in the hands of those small companies earning a deserved premium for adding that modicum of risk that comes with owning things less tried and true, balance sheets with lesser foundations, and income statements not yet bearing fruit.

Then along came a financial crisis, a global one at that, and a generation of investors, looking to maintain their savings, came to prefer the security that comes from household names and cheap and easy market access via S&P 500 Index products.

This then became a self-fulfilling prophecy, as an ever-increasing amount of money flowed into those funds, which naturally drove the most dollars into the largest of the large companies.

Great leadership or business models notwithstanding, the wind was at the back of the Amazons and Alphabets of the world. In addition, with globalization in full swing, those companies were able to expand exponentially by opening their capabilities to markets around the world.

Smaller companies had no index asset flow support, nor could they easily expand to compete with like-minded small companies in China or Argentina or Poland.

A massive tax reform initiative in the U.S. didn’t help matters much, as the big folks were able to use the dollars to buy back shares, further supporting their market values.

Smaller firms still were paying down debt incurred in the GFC or seeking to improve efficiency through technology spend (by purchasing the next new thing from a number of those same big folks).

The overall net during the decade plus after the GFC was that smaller U.S. stocks, as measured by the Russell 2500 index, underperformed the Russell 1000 by 0.41 percent per year annualized (from 2009 to 2019).

Note that during the prior decade this was reversed with smaller caps beating large caps by 5.3 percent annualized from 2000 to 2009.

As the cycle continued, however, the large caps became more and more pricey and the smaller company picture began to brighten from a comparative valuation sense.

The tax cut advantage was largely behind them and, hoped the smaller companies, perhaps some of those big firms would be on the lookout for nimble and differentiated smaller firms to bolster their growth potential.

Yes, now you smaller companies were thinking: “We got next!”

The forest is burning, houses have been incinerated, and those left standing sold much of what they could to either hold cash or the large cap names that provide a sense of stability and security in the midst of another crisis.

During the YTD (as of May 31) smaller and mid-sized companies have underperformed their large cap counterparts by nearly 9 percentage points as the Russell 2500 has fallen a dismal -13.5 percent.

A large element of this result was that energy and financials make up a disproportionate percentage of the smaller company universe, while technology is more dominant amongst large cap options.

Clearly a virtual lockdown on travel along with zero interest in borrowing for much of any reason would inordinately impact the small while the ability to work from home benefits tech.

So, yes instead of a tip off in center court, you smaller firms got a basketball upside the head.

Time that could have been spent thinking about growth in the longest bull market in almost ever, becomes scrambling for government-backed loans just to keep doors open and some of the great folks you depend upon off of unemployment rolls.

Do not pass “Go” and do not collect

Yes, that’s how it feels.

You’ve been waiting your turn for so long and still it hasn’t happened.

It seems way past unfair, especially since (to further the Monopoly analogy) you want to focus on putting houses on your properties, not just paying someone else’s rent. But there may be a brighter light in the distance.

If you have businesses that can feed those orders, perhaps you could be in line for the holy grail of small business outcomes – the acquisition. With low interest rates for the foreseeable future, money is cheap.

You may be able to combine via merger with other similarly situated firms, creating greater efficiencies and improved cost structures that are further stabilized by low rates of inflation. Investors looking for more attractive valuations – it is bound to happen someday – may awaken to the fact that a dollar invested in your company buys a lot more than one buying Netflix.

In fact, before the most recent ten-year bull market, smaller companies outperformed large caps over the prior 30 years of investing. 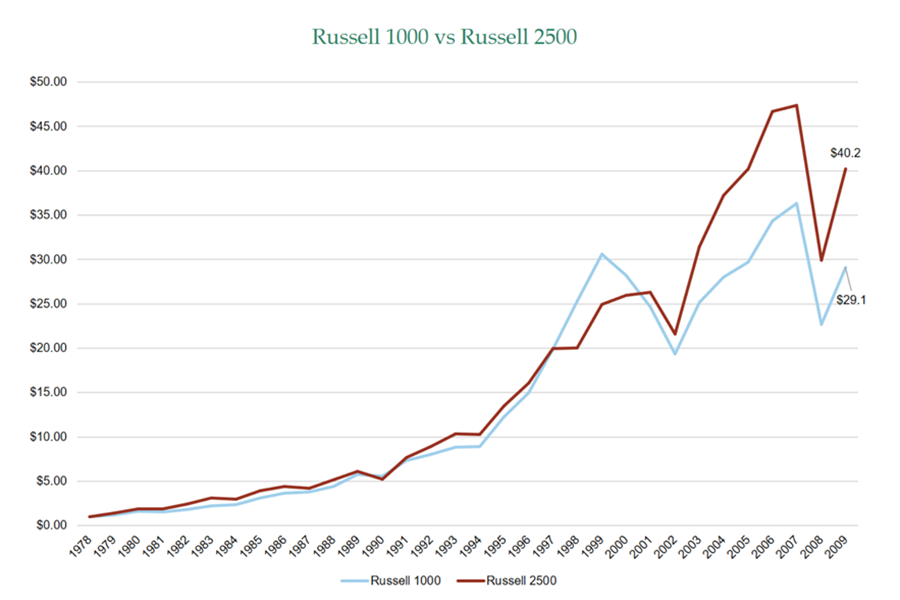 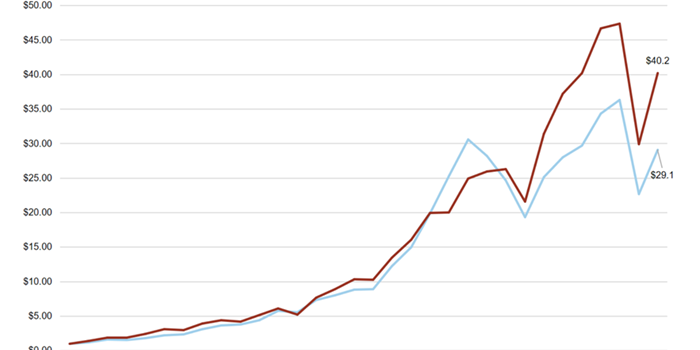 Finally, it is likely that as we come out of this pandemic and its economic impacts, there will be some companies that live in a zombie-like state and others that don’t survive at all.

This combination could mean a reduction in competition as well as the opportunity to shine a light on your existing or improved business strategy to a hungry set of active managers looking for the next 10X.

Nevertheless, smaller businesses have been and will continue to be a critical piece of the U.S. economy — they make up 45 percent of GDP in the United States. 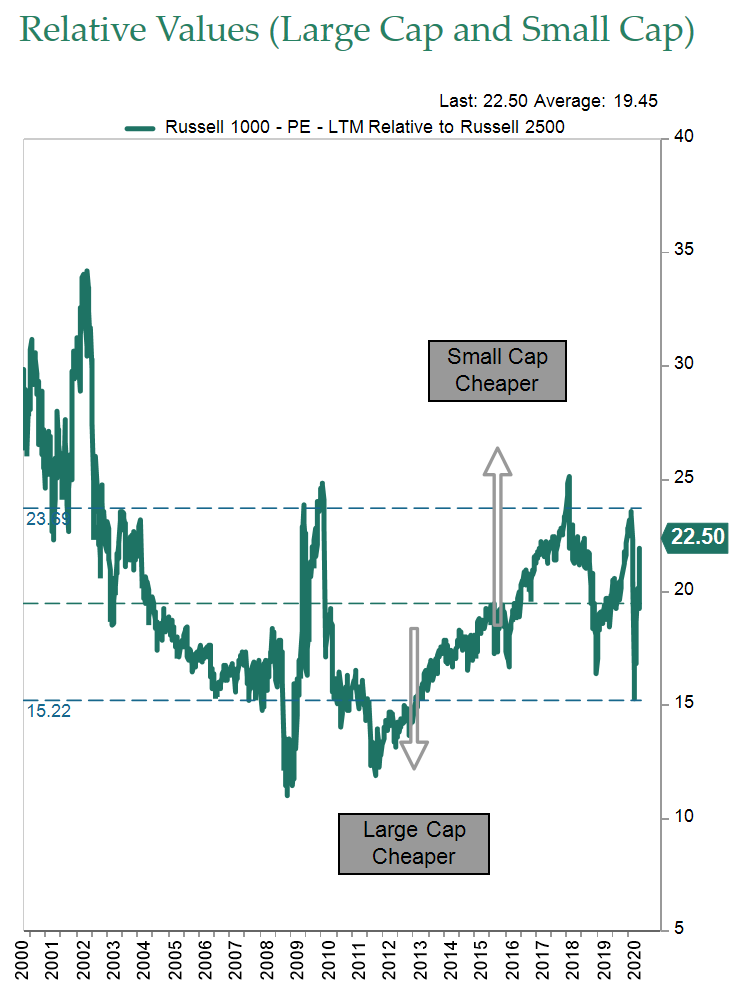 Patience is not a virtue, and hope is not a strategy…

Perhaps with spouses, kids, and employees, but not for smaller companies.

Take this opportunity to get fit, take advantage of some players retiring or becoming injured, hone your balance sheet, fine-tune your strategy, and make sure you have the right team.

We do not know when it will be your turn under the spotlight, but history has proven, time and again, that your time will come. We truly hope it is soon.