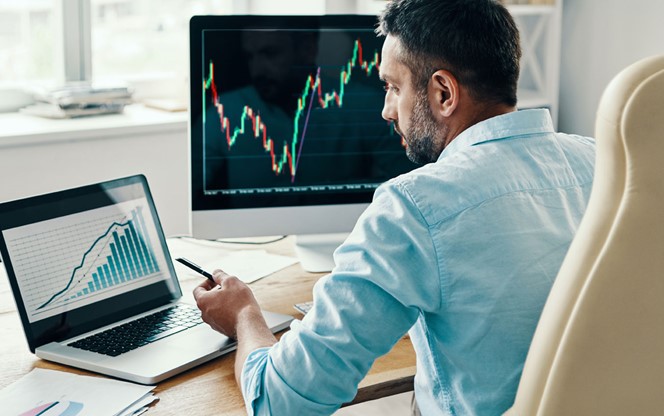 By late February, the spread between these two Treasury tenors had risen to a level above 120 bps — a differential not seen since 2017 — and breakeven inflation for 10-year TIPS (which is the difference between nominal Treasury and TIPS yields) had risen to over 225 bps.

This inflation premium is the highest it’s been since 2014, supported by Fed messaging that the Federal Open Market Committee (FOMC) wants to allow the economy to run a little hot before engaging in tightening action through tapering and/or a policy rate change. So while the nominal yield has risen significantly, the real yield on the 10-year TIPS has risen as well, but lagged as the Fed is saying they will join, rather than combat, the reflationary recovery. 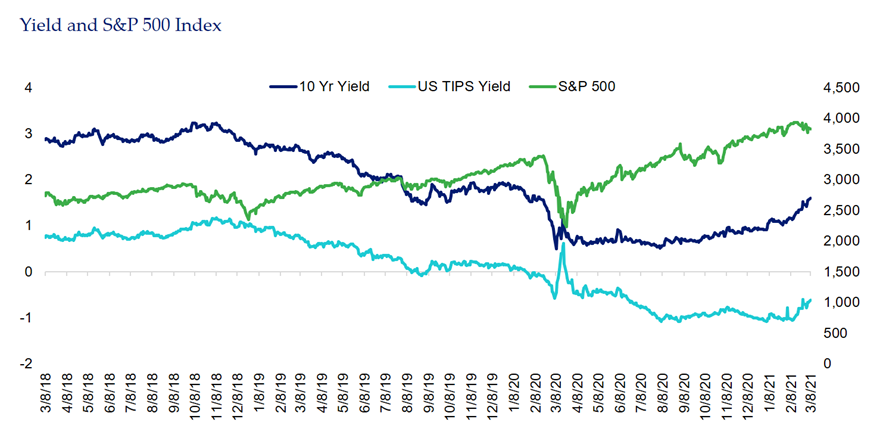 Will this trajectory continue?  There are a number of factors that could be contributing to the Treasury market sell off.  Some of these include the following: a meaningful fiscal stimulus package, vaccine optimism, commitment from the FOMC to keep the short end of the yield curve anchored and not impulsively interfere with inflation creeping higher, an improving economy, supply/demand dynamics and convexity-hedging that causes investors to sell longer dated Treasury securities.  Convexity indicates how the duration of bonds changes as interest rates change, and convexity-hedging is a phenomenon in the mortgage market whereby investors attempt to compensate for extension to mortgage duration portfolios when interest rates go up.  There have been environments in the past where convexity hedging became such a widespread phenomenon that it moved the whole Treasury market. Fortunately, unlike 2003 when this was actually the case, the Fed is a stabilizing force today as it purchases around $40 billion in agency mortgage-backed securities each month.

On the other side of the yield curve equation are Treasury buyers such as liability hedgers, cross-regional relative value investors, and structurally risk-based strategy investors (e.g. Risk Parity), all of which could create a ceiling on longer rates.

The momentum from here is less certain.  There are global linkages that can’t be ignored as well as macroeconomic metrics that are, in theory, meant to help dictate Treasury bond math.  However, it is difficult to assume anything going forward as the central bank money printing experiment continues to go unchallenged by rampant inflation and a more meaningful depreciation in the dollar.

We’ll help you navigate the complex landscape and achieve desired outcomes for all types of defined contribution (DC) programs.